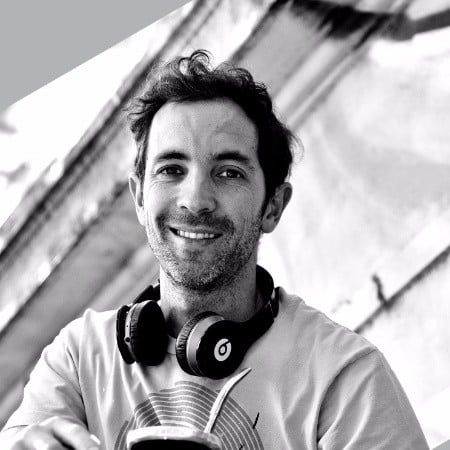 With over 115K participants and 3200+ exhibitors, the CES Las Vegas was quite a show! Here are some personal highlights from my first time at the fair: EV Vehicles were flooding CES, showing off new brands and designs to the market. My personal favorite was the Delorean, but there were tons of other new models of EV bikes, lawnmowers, scooters and even boats. Metaverse/XR is a huge pavilion with an army of devices --but the title 'Metaverse' felt a bit like clickbait when some booths only featured refrigerators or washing machines. I wouldn't consider it a disappointment though, it's still good, still hot in the tech world. Apple hasn't launched their version yet (but I did get a peek of Apple engineers stalking their competitor's booths). For context, I am an early contributor & active community member in the open metaverse: decentraland.org.

One of the biggest takeaways was definitely the FoV, or field of view, which I learned is the main limit to the new tech. Manufacturers are still competing in the grayscale from AR to VR (all-in XR), but there's not a current winner. I can't say I wasn't expecting more here, I liked the new Sony PS5 VR2 and some wearable; but we're not ready yet, Player One! Wrapping up, the CES itself was huge. One of my favorite aspects was the accessibility --you could speak directly with tech people, including CTOs, CEOs, founders and Engineers from the big brands building the gadgets on display. I had some great conversations, and made great connections with colleagues open to new business. There was a huge overflow of people, and a ton of that felt like high-traffic! The content of the fair itself was generally as expected: TVs, computers, cars, health devices, 3D printers, VR and gaming gear, consumer-ready electronics overall, nearly to be accessible to mass markets, but I was surprised by a tattoo-printer, drawing robots and some more. It was not a science fair at the cutting edge of innovation, but it was fun. I was expecting more of a show, with holograms, robot interactions, perhaps something more interactive and immersive. I was also surprised by the lack of some big-name brands presence, not every cool tech company took part this year.

From a personal perspective, I was impressed by the dominance of some country's consumer tech development, from the USA, South Korea, France and Japan to name a few. It was awesome to see the hunger for building new things in tech, and it led me to do some research on the history of consumer technology in Samsung, LG, Hyndai, and Kia’s home country, South Korea, as an example, that can benefit LATAM:

According to my prompt to ChatGTP, “South Korea has a strong history of government support for technology development and a highly educated population. In the past, South Korea's technological development was focused on heavy industries such as shipbuilding, steel production, and chemical manufacturing. However, in the 1970s and 1980s, the government shifted its focus to the development of the information technology (IT) and electronics industries. This shift was driven by a recognition that these industries had the potential to drive economic growth and create high-paying jobs, and with it South Korea quickly became a major player in the global technology market. Companies such as Samsung and LG became household names, known for their high-quality consumer electronics.

In the 21st century, South Korea has continued to be a leader in the technology industry. The country has a very high penetration rate of smartphones and broadband internet, and South Korean companies have been at the forefront of developing new technologies such as 5G, artificial intelligence, and the Internet of Things. The government has also been actively promoting the development of new technologies such as autonomous vehicles and smart cities.
Overall, South Korea's success in the technology industry can be attributed to a combination of government support, a highly educated population, and a strong focus on innovation and research and development.”

On the other hand, I was a bit disappointed to discover that there were no booths from LATAM companies at CES (come on, Mate Eléctrico needs to be there!) I also noticed that the conference definitely needs more female involvement at the participation and exhibitor level. I guess my position as a father of 2 daughters gives me a bias as I aspire for a more diverse and sustainable world for them.

My final thought is that the conference opened my eyes even more to how technology will make us transform the world (for better or worse,) and amplify our capacities. Everything I saw could be used as a tool to improve our planet's future, but also to terminate it. Flying drones, EV, metaverse apps, biosensors, AI --in the right hands, it can no doubt benefit us all.

So let's keep building and dreaming up a better future!

The Guide to Remote Software Developer Salary in LATAM